It’s that time of the year again. Where we come together at the end of the year, sit down and look back on the biggest developments and major breakthroughs of the year to identify the prominent trends that will be in the spotlight next year…

…Fortunately Gartner have already done a lot of this work for us! So without further ado here are our top technology trends for 2016. 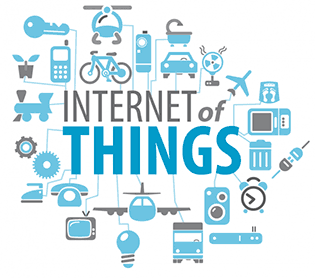 The Internet of Things is a term that has been billed as an emerging trend for quite some time now. It is about time that it is turned to practical use and this is what we can expect during the next year and beyond.

A great example of this is fitness tracking wearables like Fitbit. The device records the user’s lifestyle including how far they have walked/run, flights climbed, steps taken, food they have eaten, etc. This is then shared with the user’s various devices and the data is transformed into useful dashboards and various reports which allow them to monitor and analyse how their lifestyle contributes to their fitness goals.

This device-generated data has great implications for the future of healthcare. Imagine a doctor being able to track a year’s worth of their patient’s lifestyle data in order to understand the overall health of the patient and improve their diagnosis if the patient fell ill!

Big Data gets bigger (Information of Everything) 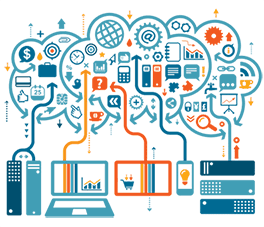 Information of Everything is inherently linked with the Internet of Things. It’s concerned with devices producing information about everything and then developing a system architecture that can pull this data together and make use of it.

The problem that we have had in the past with these devices is that whilst big data has been available for us to exploit, utilising it has been the key problem and often the data has been left in silo.

Gartner predicts that by 2020, 25 billion devices will be generating information about everything. Expect to see a continued upshift in the number of these devices and an increased focus on finding systems and solutions that will allow companies to leverage the vast oceans of data available.

Virtual Assistants – from Clippy to Cortana 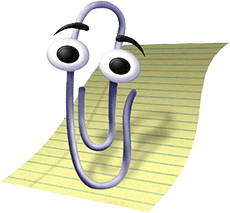 Think Siri or Cortana. These are the start of the new era of “smart” virtual assistants made widely available to the public. However, looking back, my first experience with a virtual assistant was probably the Microsoft Office Assistant that many have affectionately nicknamed “Clippy”.

Although the general consensus of “Clippy” was largely negative from Microsoft’s user base and was included in a Time magazine article of the fifty worst inventions, it appears that Microsoft got something right.

They were ahead of their time, the concept was there but unfortunately their execution wasn’t. What could and should have been a sleek, context-sensitive assistant that analysed user semantics ended up being a clunky and intrusive pest.

Fast forward a few years and the evolution of the “smart” virtual assistants seem to be a constant. Expect these advances to continue next year and over the coming years. 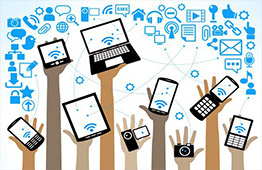 Typically our devices have been designed to function as a standalone entity, meaning the information they produce is not exchanged between other devices and appliances. Building a network of interconnected devices is key in transforming the insights that we can draw from this unified data. We can expect 2016 to bring about a concentrated effort in integrating devices stuck in silo and their data to form a device mesh. 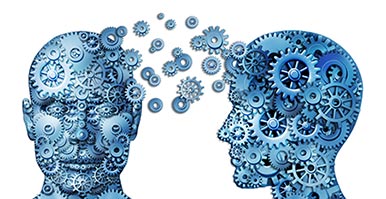 DNNs are an advanced form of machine learning applicable to large, complex datasets. Emerging as a trend for next year and beyond, they are capable of creating systems that can autonomously learn to perceive the world on their own.

The abundance of data sources discussed previously means that this form of advanced machine learning is in the perfect environment to thrive. Organisations should look to see how they can utilise these technologies to gain competitive advantage. 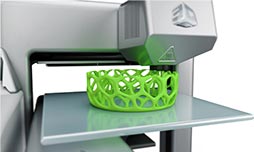 Already an area that has had significant focus in the last year or so and this focus is only going to get stronger during the next year and onwards. The implications for 3D printing have only really just begun to be explored and already materials are being produced such as: nickel alloys, carbon fibre, glass, conductive ink, electronics and astonishingly objects such as prosthetic limbs and organs.

You can be certain to expect further developments in this area over the next year. 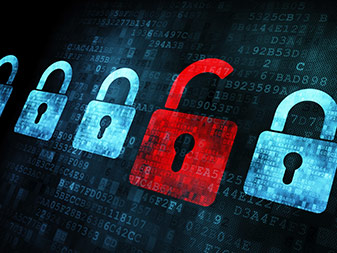 In recent years we’ve seen the emergence of a “hacker industry” and hacktivist groups such as Anonymous significantly increasing the threat of cyber-attacks against organisations. The Sony Pictures Entertainment hacking in 2014 is the most recent example of a major corporation who have fallen prey to techniques of hackers.

In a new report Gartner states that rule-based security is obsolete, explaining that a reliance on this type of security system will inevitably backfire as more and more organisations exploit cloud-based services and open APIs for customers and partners. The key is to create an adaptive security architecture focused on pre-emptively detecting and responding to threats. 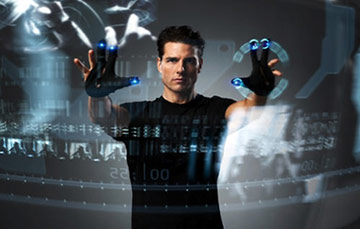 Improving user experience should always be a key objective for any organisation. With more and more data being available to the user, a similar pattern emerges in how we best harvest and display this back to the user.

Imagine contextual information generated based on the object you are looking at, appearing without command, scrolling and then vanishing once you have consumed it. This is the end goal of the concept. Gartner posits that the devices and sensors will become so smart they will be able to organise our lives without our even noticing that they are doing so. 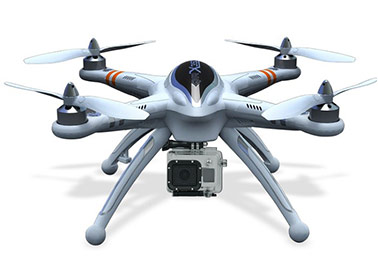 The use of drones has typically been the place of enthusiasts – interested in flying drones as a hobby because they enjoy flying and/or enjoy creating videos of surrounding scenery. However, drones are no longer just the personal toys of the enthusiasts and have been opened up to a wider commercial purpose.

In November this year, Amazon released a video advertisement explaining their plan for drones. The project – Amazon PrimeAir realises an ambition to deliver customer goods within 30 minutes of customer’s placing their order. Their plan involves utilising drones strategically located at Amazon hubs around the country. Once loaded with the package, the drone will fly to the customer’s house, scan the immediate area to find a landing spot, and place down the package to the customer before taking back to the skies.

There is great potential for the use of drones and so many ways that they can be applied. We expect to see more of this innovation during 2016 and over the next 10 years.

Get in touch to discuss your requirements further
We use cookies to ensure that we give you the best experience on our website. If you continue to use this site we will assume that you are happy with it.Ok